A resident has sent in this message and photo

I realise there’s nothing you can do about this but I want to express my disgust and distress.

Around 11.30 today ( Sunday 31 August 2014 ) I was walking my dogs on Waikawa Beach between the river and the stream to the south when the dogs went to investigate something. I went to check on them and found a dead calf that had been mainly but not completely buried under a heap of sand.

It’s not unusual to find dead things on the beach of course: fish, seals and birds are quite common, but this looked quite fresh and the fact it had been buried was suspicious in itself. Then I noticed a single clear set of vehicle tracks that showed a car (or whatever) had backed up to the spot where the calf was and then driven off. I’m attaching a photo: dumped-calf-2014-08-31.jpg that shows this.

It seems highly unlikely that this calf had been washed up and buried by the tide and that a car had coincidentally backed up to that exact spot and then driven away again. According to http://www.waikawa.org/wxtides.php high tide today was to be at around 12.40 pm — about an hour after I saw the calf.

The dead calf was about a third of the way along when heading to the stream from the entrance off Strathnaver closest to the river, and up close to the dunes.

I find it incredible that anyone would so wilfully dump anything on our precious beach in this way, but clearly I’m naive. 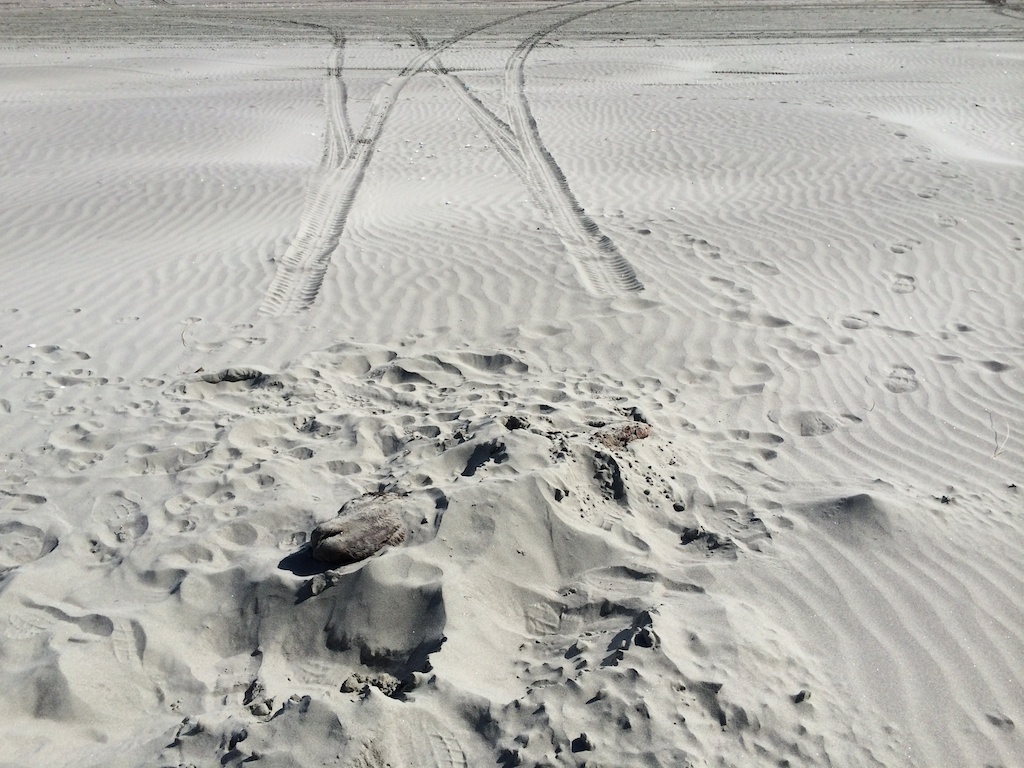