Hello to you all

What a wet start to winter we’ve had. Trying to find something positive — our tanks are all full. News is good for the whitebaiters — the river wends its way south making plenty of room for everyone.

Problems with the rain

The rain 2 weeks ago was rather devastating. The water table must be very high as a lot of paddocks are still flooded. The basin behind the sand hills is still waterlogged. The work they are doing on Waikawa Beach Rd was partly washed away and they’ve done a patch job on it.

The house next to me in Sarah Street flooded badly — it wasn’t water from their property that caused the flood but the overflow from the property behind them. It took 2 days of pumping to get rid of the water and days with fans to dry the inside of the house. New carpet will be arriving once the inside of the house has dried and the walls repaired — unfortunately sewerage was mixed in with the water so all the carpet had to be removed.

Problems with driving to Levin

Driving to Levin is a nuisance with 4 lots of reduced speed zones due to all the road works — it took me 33 minutes to get to south Levin today. It’s beyond me why LTSA is spending so much time making silly little gardens everywhere. I’m not looking forward to the turning bay from the north being taken away. I think they’ve forgotten why it was put there in the first place — a few years ago a local man was turning into WB Rd and was shunted into the paddock narrowly missing a power pole. Apparently LTSA feels nose to tail accidents are less lethal than head on accidents. John has put a lot of information on the roadworks in the Association web page.

Houses are selling in the village, with 2 in Sarah St being sold in the past couple of weeks. There are still quite a few on the market though.

I called in to the Manakau pub and spoke to Richard who said they are re-opening hopefully around Sunday 19th of July. It will be a B&B and Tea Rooms. The tea rooms will have 16 speciality teas and a Wellington brand of coffee. They will be open daily from 8am-4pm. The Tea Rooms are on the north side of the building overlooking the garden area — they have done a lot of work in the garden to give customers a lovely view. The new kitchen is being built and Richard assures me they will have their big opening in less than 2 weeks. Richard, the manager and leasee, will be applying for a new liquor license and hopes to open the Bar/Bistro sometime in September.

That’s it for July. Keep warm and dry. Thanks, as usual, to those who contributed to this newsletter 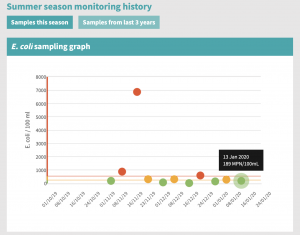