Greetings to you all

It’s obviously the end of the financial year as the district has gone completely overboard with road works. I went to Palmerston North on Wednesday and went through 8 lots of road works before I even got to Opiki. HDC has sent me the following update on what is going on in Waikawa Beach Road.

There are currently road works happening on Waikawa Beach Road just east of Emma Drive. This work will improve safety for motorists using Waikawa Beach Road by realigning a dangerous series of corners, increasing lane width and improving sight distances. The pavement on this section of road was in poor condition prior to this work, this project will repair and also improve the pavement, reducing long term maintenance costs and decreasing the likelihood of dangerous pavement defects occurring in the future. An under-road culvert is also being replaced with larger pipes.

Over Easter, the site will be unsealed with two lanes and traffic able to move freely in either direction. The contractor will ensure the surface is well graded over Easter weekend to ensure a comfortable and safe ride through this site. The speed limit will be restricted to 30Kph and appropriate warning signs and traffic management will be in place. The contractor will be regularly checking the site over Easter weekend to ensure it is safe for the public. There is also a contact number for the contractor on information signs at either side of the site if a member of the public has safety concerns with the site.

Not sure how many of us have noticed the pied shags in the trees on the west side of the river but I’ve been watching them for a couple of years now. Frank has sent me this interesting piece on them.

You may have seen a couple of large birds flitting up and down the river over summer; or maybe standing on the banks with wings outstretched, drying itself. Curiosity got the better of me, and off I went in search of their nest — only to find dozen’s of nests, and dozens of birds upstream. 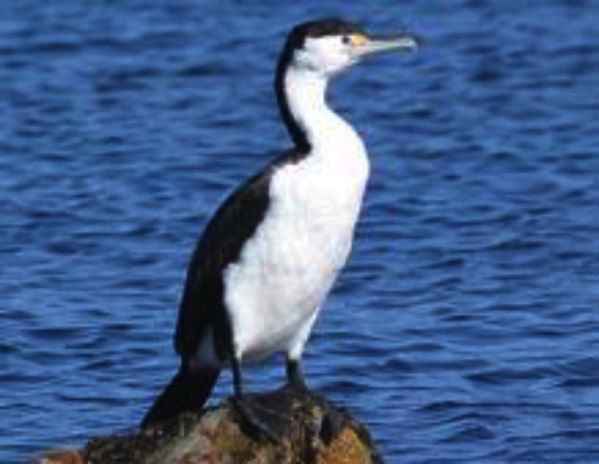 Often seen perched on rocks or trees drying their outspread wings, shags are large birds with long hooked bills, snaky elastic necks, and powerful webbed feet for underwater hunting. Of the world’s 36 shag species, 12 are found in New Zealand. Eight of these are endemic — they are found nowhere else. All except the black shag are fully protected by law in New Zealand, and it too is protected except in special circumstances

Now the good news! I did a simple headcount and counted at least 62 birds. About 2/3rds were milling around on the river banks, the rest were up in the trees. I will have missed a number up in the trees, so I’d guess there are anywhere between 80 and 100 pied shags here at Waikawa Beach. I lost count of the number of nests at 14 that I could see. 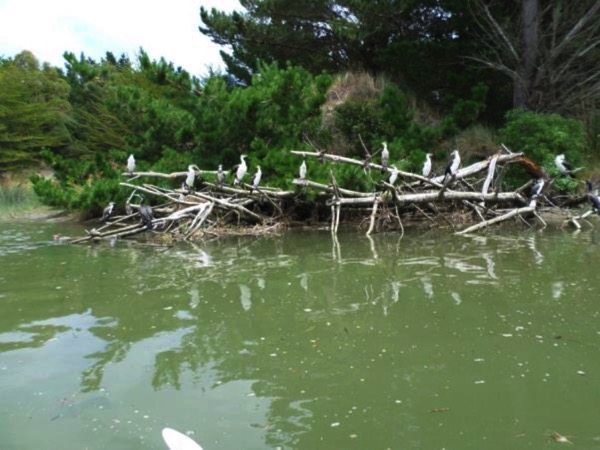 A few other interesting facts:

Now to find a way of communicating to Horizons that they had better get their water-quality act together, because as soon as DOC learn of this new colony, I’m sure they’ll have the legal-eagles pounding on their doors!

This black & white dog with a sort of shoulder harness has been seen wandering around the village day and night. He is not afraid of entering properties and houses. 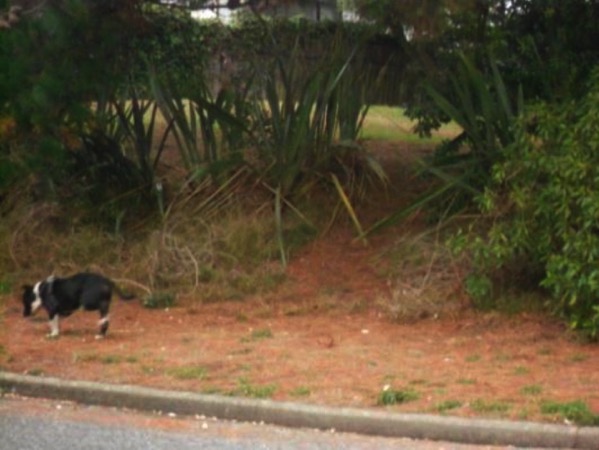 That’s it for now, have fun over the school holidays. Thanks to all those people who contributed to this newsletter.