About 2 weeks ago, three old fishermen hauled in their lines at Waikawa Beach and found a buoy attached. The buoy was heavily encrusted with marine growth. They took it home to show their grandchildren, friends and dogs but nobody had any idea what it was or where it came from. It was a talking point at the Waikawa Beach Book Club. Some said it probably came from a trawler, some said from space, some wanted to open it up and see what was inside.

Today the owner of the property where the buoy was left, received a note from the Met Service saying that they believed there was a buoy on the property as it was still transmitting it position. It was a one of a number that had been released from near French Antarctic south of South Africa about 2 years ago.

The buoy will be delivered to Met Service tomorrow who plan to release it into Cook Strait so it can continue its eastward drift. 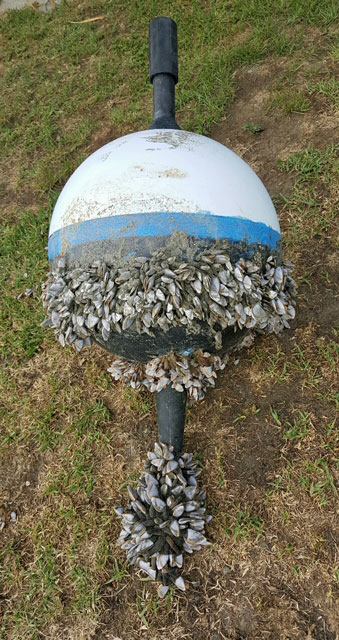