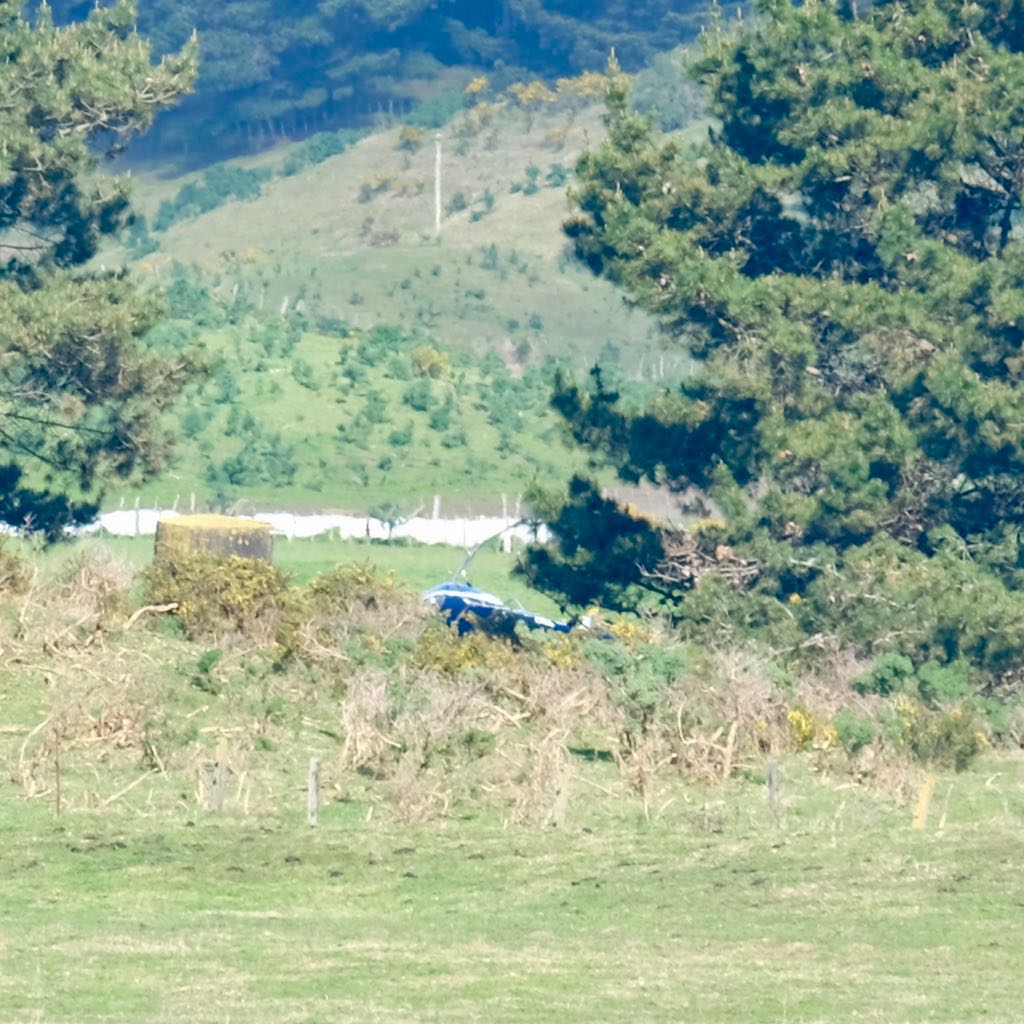 Around 1 pm a helicopter was buzzing round, as usual, in the low-fly training zone near Lake Huritini. (See Looping the beach.) I was eating lunch on the deck and glanced at the helicopter then returned to my meal. Then I heard a very loud thump — the kind you hear in a car crash — and then silence where there should have been helicopter rotors. I turned to look and waited a few moments in case it was a heavy landing but nothing happened. No helicopter flew up, no rotors made their distinctive noise. On the other hand there was no debris or smoke that I could see.

How unlucky am I that this was the second helicopter crash I’ve witnessed in my life? The first was a fatal crash on Mt Victoria, in Wellington. When we turned to look at that sudden bang and silence there was debris flying up in the air, so I expected that this time too.

After a few more minutes, seeing nothing, I thought I should dial 111, as perhaps I was the only witness, and the occupants, probably some 750 metres away, could be hurt.

Before long emergency services were on the scene, but meanwhile, with the aid of binoculars, I’d seen two people walking around a helicopter lying on its side.

The news and Police reports mentioned Drake Street, but this was almost 2 Km away.

In the Stuff article:

David Keeling, who owns the farm the helicopter crashed on, said he was called at about 2.15pm and told a helicopter was in his paddock.

He said the paddock was a low-fly zone for training aircraft and the helicopter was on its side.

“It looks expensive, lying on its side with all the rotors bent”.

The Civil Aviation Authority is investigating.