A rare Crabeater Seal turned up on Waikawa Beach in July 2017, but had to be euthanised. 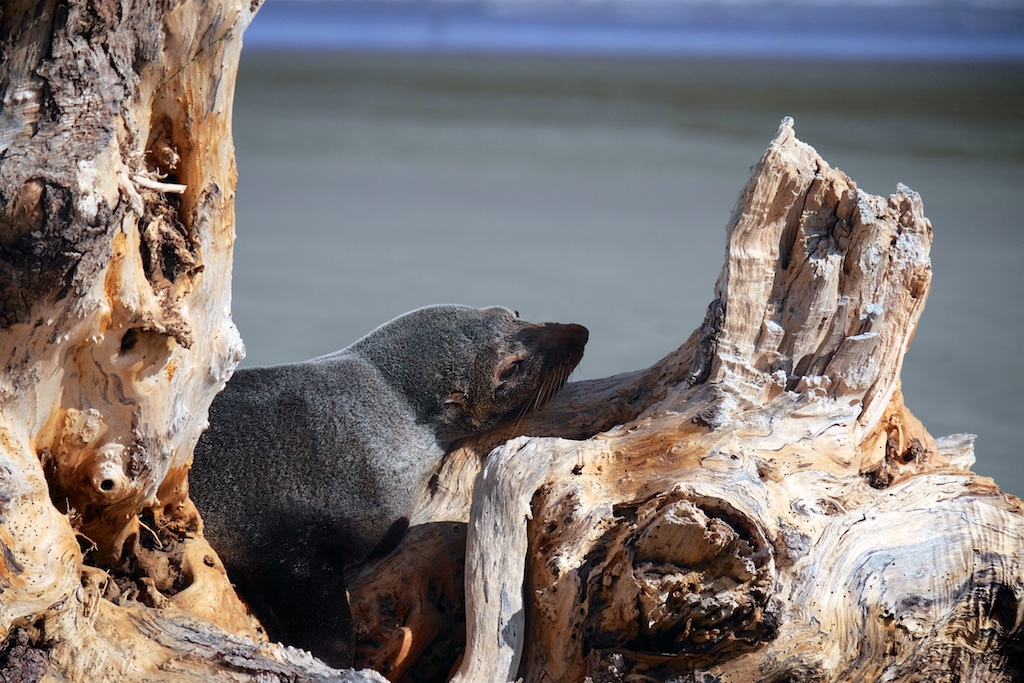 If you keep your eyes open you may see a seal on Waikawa Beach, especially at this time of year. Sometimes they’re alive and well, though unfortunately sometimes they’re dead. There was an 80 cm long seal on the beach near the Waiorongomai Stream earlier this month, for example, while the photo with this post shows a healthy seal resting on driftwood on Waikawa Beach in May 2015.

Seals are wild animals and will defend themselves if they feel threatened. Adult seals can move surprisingly quickly on land. While they can look harmless, seals can inflict serious injuries to dogs or people and can carry infectious diseases.

See below for tips about seals on beaches.

On 16 July 2017 a rare Crabeater Seal turned up on Waikawa Beach and the person who found it said it was wriggling around and looked as though it was in pain so she called the Department of Conservation who several days later euthanised it.

The crabeater seal, usually found in Antarctica, is recorded by Te Papa as the ninth to have ever made it to New Zealand shores.

By Thursday, Toogood [DOC Manawatu acting operations manager] said the seal was “very emaciated, and showed no indication that it was willing or able to return to the sea”, so it was euthanised. …

DOC Manawatu ranger Kelly Hancock said seals would sometimes lie on the beach for days before heading back to the ocean and it was common for them to look emaciated during the colder months.

Seals frequently washed up on beaches in winter as they provided a safe and warm refuge from the ocean, Hancock said.

Project Jonah has some tips for us about seals on beaches:

By understanding the unusual quirks and habits of seals, we’re much better placed to help these animals when they really are in need.

Post updated 22 July 2017 to add photo of the seal, submitted by Claudia Eustace. Thanks, Claudia!