Longfin eels take decades to mature then reproduce once. We need to watch out for and preserve the juveniles. 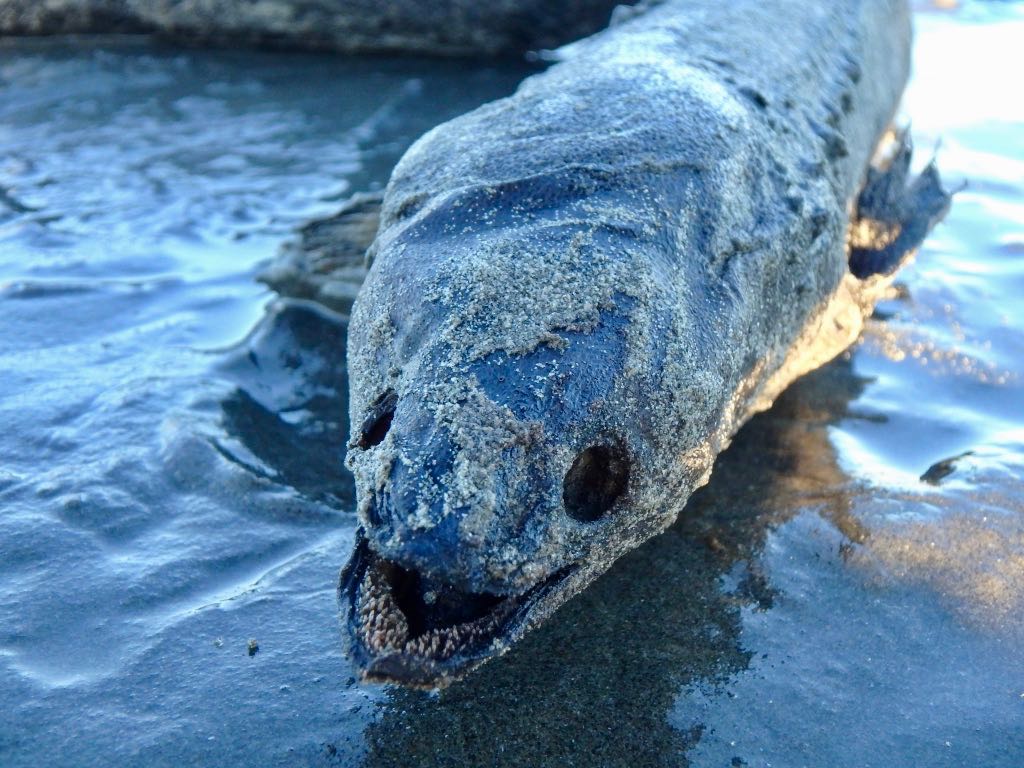 You might think all the water in the river at the footbridge originates in the stream that crosses State Highway 1 just north of North Manakau Road. Much of it does come from there, but the stream that flows from South Manakau, running behind Quarter Acre Cafe on the main road, joins it just west of Takapu Road, as you can see on the Google Earth screenshot below. Waikawa Beach Road is marked in yellow, and the streams in red.

If you’ve visited the garden behind Quarter Acre Cafe, you may have admired the eels in the stream there. It’s reasonable to think that those or other eels inhabit other parts of the stream too, including down by the sea. New Zealand Longfin Eels take decades to mature and reproduce and their numbers have declined severely.

In fact, it’s something to keep in mind when whitebaiting, or just fishing in general.

Muaupoko iwi has set up a highly successful aquaculture programme, which is helping rejuvenate the population of tuna (longfin eel) in Lake Horowhenua, using the country’s only eel rearing facility at the Foxton Wildlife Trust.

Keeping an eye on the eels in the spa says:

Once a daily food source for Muaupoko, the tuna [longfin eel] population has taken a massive hit over the 150 years of European settlement, with more than 90 per cent of the tuna wetlands habitat destroyed, and dams and weirs blocking upstream migration of young eels.

“Tuna’s biggest enemy has been farming. Before Europeans came, Horowhenua was a maze of interconnected swamps and through manmade channels, we would farm eels and shell fish inland.”…

It takes 40 years for a tuna to reach maturity before it leaves its fresh water home for a perilous sea journey to Tonga’s warmer waters, where they breed then die, their eggs floating to the surface to hatch into flat, leaf-like larvae that drift along oceanic currents back to New Zealand.

On arrival, the larvae change into small transparent versions of adult eels, slowly developing colouration before migrating upstream to develop into adults and begin the cycle again.

If you catch glass eels [longfin eels] please throw them back or pass them onto Foxton Wildlife Trust, 48 Harbour St, Foxton, 06 363-5300. Thank you to whitebaiters who passed on their eels last season.