It must be visitors leaving dangerous items on the beach, in the embers of their illegal fires. How can we get beach visitors to enjoy themselves but leave our beach as they found it? 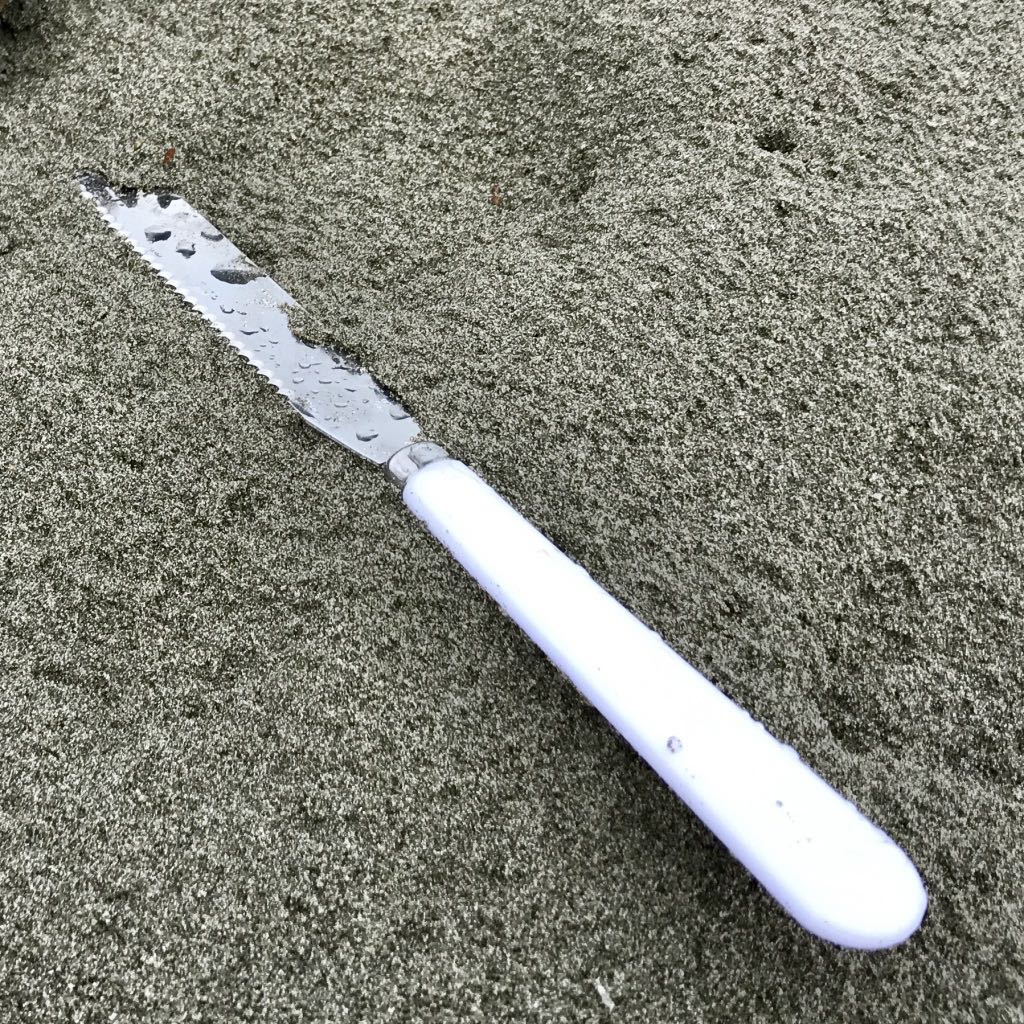 Our beach is a treasure where barefooted children run along the sand, as do dogs and horses too. So the last thing anyone wants to find in their foot is a fiercely toothed knife, half buried, or a pair of rusty tongs, a partly burned tin can or a dinner fork.

A few months back while walking the dogs at the south end of the beach I found the remains of a picnic, buried metal dinner fork and all. It took a while to pick up the scattered paper plates, paper towels and other garbage.

Then this week it was the remains of an illegal fire, with the fiercest toothed dinner knife I’ve ever seen waiting for an unwary foot. Closer to the fire were a pair of rusty tongs, and in the embers the jagged remains of a drink can and sundry other rubbish.


Unfortunately it’s not too uncommon to find this kind of dangerous stuff on the beach. It seems some people see our beach as their rubbish bin, and there is no obvious way to stop such bad behaviour. It’s simply not a credible idea that those who live here or visit most weekends would treat the beach like this.

So, what can we do? Signs seem to have little effect, though a no fires on the beach sign, like this one at Te Horo, could be useful. And, while we’re at it, a 10 Kph speed sign would be a good thing.

Perhaps those property owners who let others use their place sometimes could also offer some guidance to their visitors, along the lines of:

Any thoughts on how we can get other beach visitors to enjoy themselves but leave our beach as they found it?