Whitebait season runs from mid-August to the end of November each year, but there are issues with water quality and the fact that 4 of 5 species of the juvenile fish being caught are in decline. 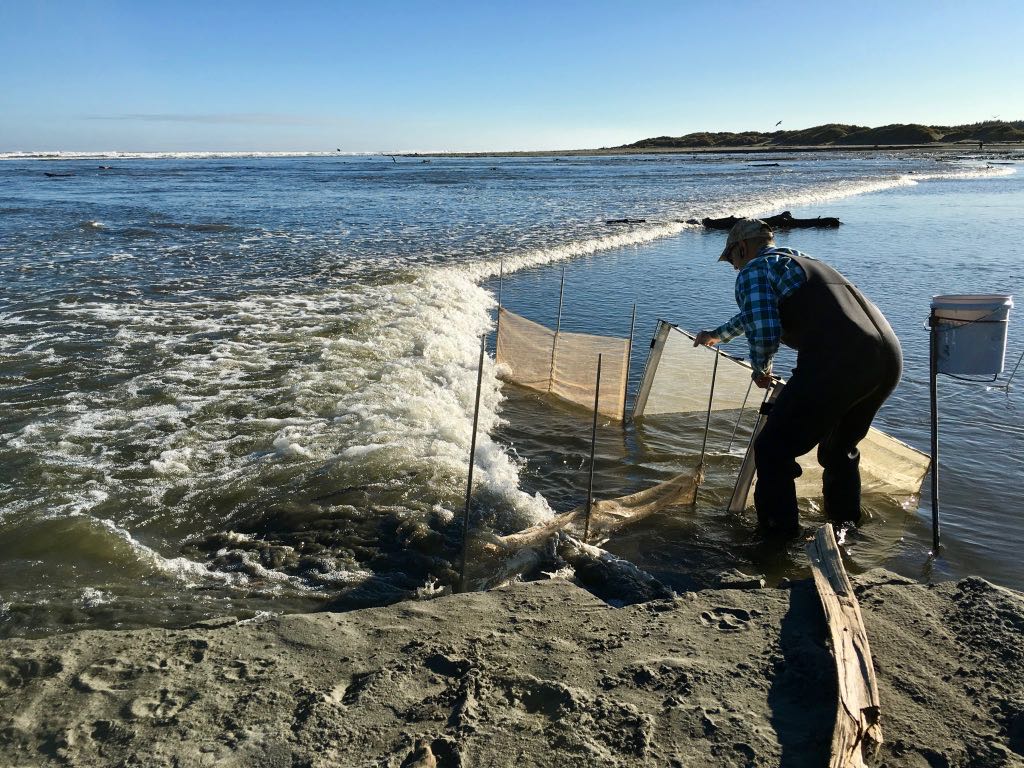 The whitebait fishing season opens on 15 August, so expect to see folks down at the river mouth every day until 30 November. Fishing is only permitted between 5:00 am and 8:00 pm or between 6:00 am and 9:00 pm when New Zealand Daylight Saving is being observed.

Whitebait are the juveniles of five species of fish: giant kōkopu, banded kōkopu, shortjaw kōkopu, inanga, and kōaro. They are part of a group called galaxiids.

Unfortunately 3 of the species are threatened and one is declining. Forest and Bird say:

Predictions based on different models show that all four of these species will be extinct by 2050, including the most common species in the whitebait catch: the īnanga.

They go on to say:

Although whitebaiting removes thousands of juvenile fish and is one cause of their decline, our degraded waterways are a much bigger limitation on the size of the adult populations.

And that’s a particular problem at Waikawa Beach, where last summer’s water quality monitoring by Horizons showed our river is sometimes very polluted. That must reduce the numbers of whitebait growing around here.