Two good aerial photos of the village and river. 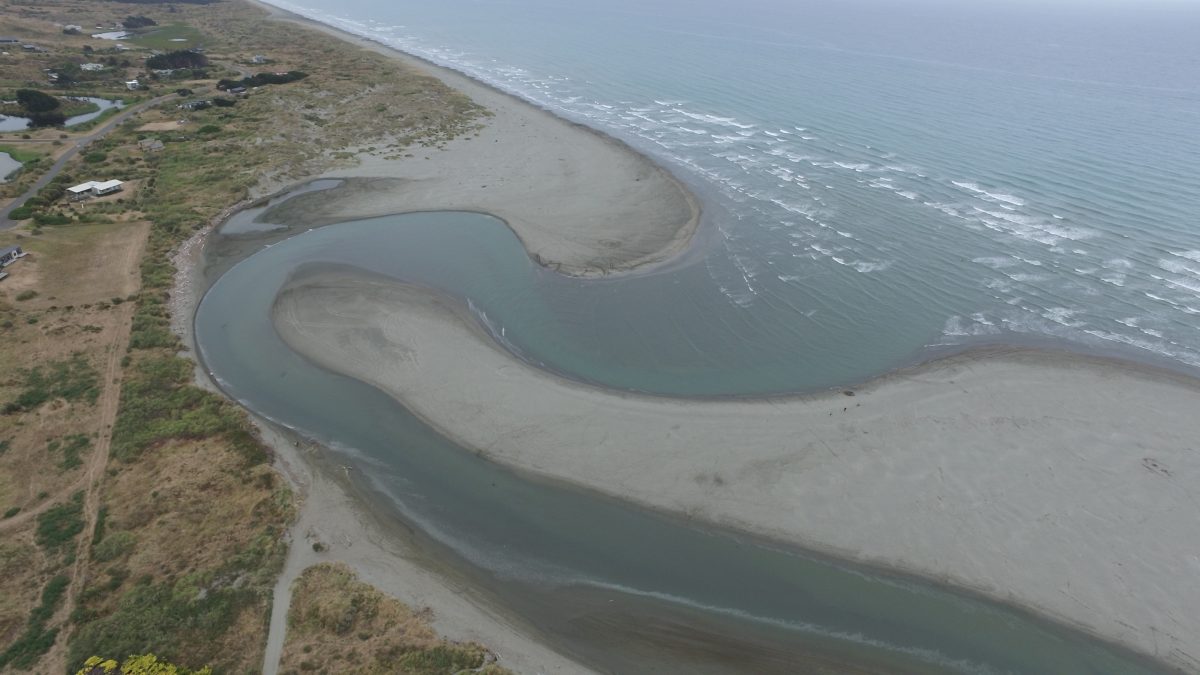 Thanks to Lesley-Anne Walker for sending in these two photos. Both were taken by Blair Rogers in January 2018, likely using a drone. Thanks Blair and Lesley-Anne.

Can you spot your house?

Click the photos for a very much larger version.

This one looks south, towards the Strathnaver side of Waikawa Beach. The vehicle entrance is at the bottom of the shot and Reay Mackay Grove appears with a few lakes near top left.

This one looks north and show Manga Pirau Street running parallel to the river. Drake and Arthur Streets are at top left, while Waikawa Beach Road snakes off towards the centre top of the image. You can see Duncan Street with Norna Grove coming off Manga Pirau Street low in the photos, while Cathryn Street is about half-way up.

Sarah Street starts parallel to Manga Pirau Street near the top of the image but then diverges as it gets further west. If you look closely at the full-size photo you can make out Sand Dune Grove and Mavis Ave running off Sarah Street in the top half.