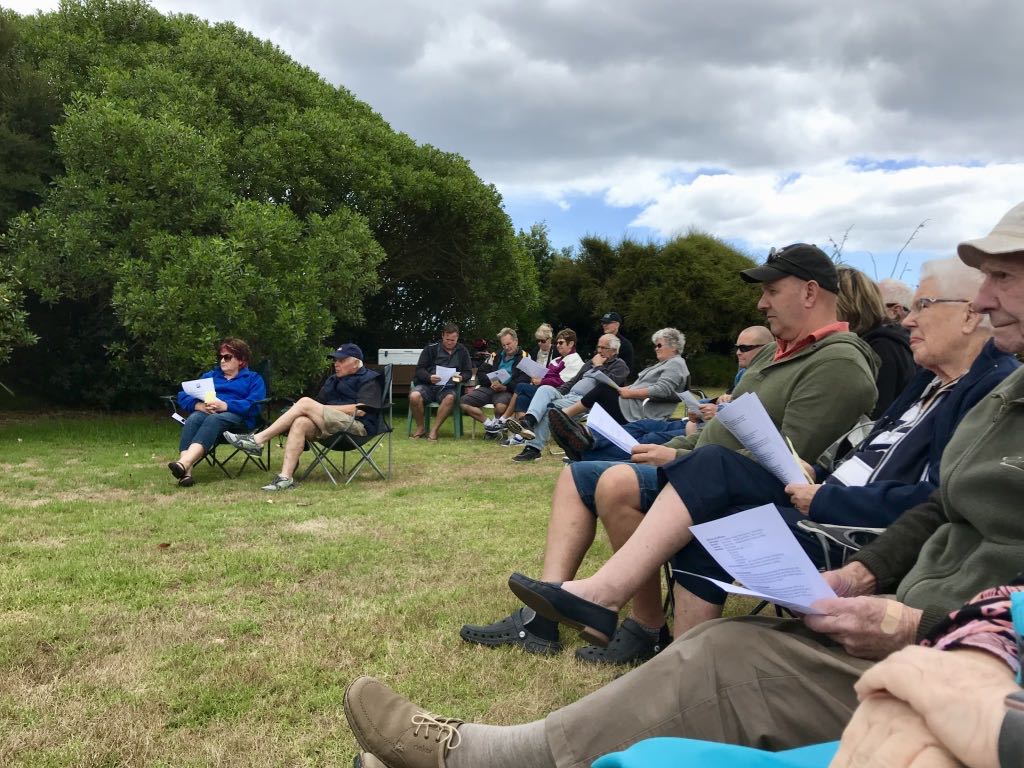 These are the unconfirmed minutes of the AGM. They will be confirmed at the next AGM to be held late December 2018. Please leave a comment below if you believe they are incorrect.

Elaine stated that the current reviewer (Brian Clarke) will no longer be available. Looking for a new reviewer.

Discussion on erosion situation at the end of Manga Pirau Street

Should any work have to be done there, residents would see a change in the Horizons rates demands. It is not the intention to make a cutting out to the sea for the river; spending $20–$30,000 is not really the right thing to do.

John Hewitson attended a meeting recently where attendees were notifed that there are seven alternatives for the positioning of the new expressway and a decision is still pending. The eastern side of the motorway could be a preference to keep the Manakau–Waikawa connection intact.

It is generally up to individuals to take care of their own properties whilst also being aware of neighbouring properties. There are privacy issues around the sharing of too much information re where burglaries take place, and identifying personal information of residents.

Jaycars have a lot of different security systems, some with cell phone connections. CCTV warning signs a possibility. Security lighting a good idea too.

Moved by Deb Moran and seconded by B Smith that the 2018 Committee members be accepted. Passed

John Hewitson thanked John Brown (who is not standing for the committee) for all his time and efforts both on the committee and as his time as Secretary.

He also thanked Frank Averes (also not standing for the committee) for his time on the committee, although Frank will still carry on with his work with the Neighbourhood Support Group.

Financial Reviewer Required: Moved that John Brown take on this role. Brian Clarke (absent from the meeting) was thanked by John Hewitson for his years of service to the committee.

Is there someone in charge of Neighbourhood Watch? Frank Averes: there is no one individual in each street. It was a system that was tried in the past, but basically ‘fell apart’ on a street-by-street basis. Deborah Campbell (NSG Co-ordinator Levin) keeps Frank informed of police issues regarding neighbourhood watch.

Telephone list? There are privacy issues around telephone lists but could be compiled with those residents who wish to do so.

CCTV camera on the access road into Waikawa Beach village. This would cost around $20,000 and the system would need to be monitored. Would need to search through data. Better to have more individual systems than just one camera.

What do residents do if they see suspicious activities? Suggested to make a note of it, take a photo, ring neighbourhood watch. Details are on the web site.

Could committee investigate true cost of a CCTV camera. John Hewitson said there are some funds that could possibly be used for this purpose.

Re a CCTV camera, Christine suggested talking to the Waitarere Ratepayers Committee as well as they have experience of installing such a camera.

Growth in the Horowhenua

Growth is coming and the Horowhenua Council needs to be ready for this. They have a Long Term Plan — a 20-Year Plan. There is a report coming out on 21 February 2018.

Residents need to decide whether they want these services. The services could influence where people choose to live. It would cost approximately $18M. This would then be charged on to ratepayers with an estimated $1500/pa rate increase. Important to let Council know what residents think. Must have your say. Important that committee submits to the HDC 2018/38 Long Term Plan. Also important to individually make submissions. Strength In Numbers.

Flooding and erosion, starting at Waikawa and moving up to the Rangitikei. Currently no funding available for the estuary. Committee should ask for a review of the Ohau/Waikawa scheme. More operational work is needed in the beach area. Horizons might send a coastal expert to look at how this may happen. Any work could mean there is an increase in rates. Residents need to decide what is wanted and get everyone to agree. Manakau residents (as users of the beach) could be spoken to as well as they need to be aware of the erosion issue.

Any repairs/maintenance requests for Waikawa Beach

should, in the first instance, be made through the Customer Service Centre at Horowhenua Council. Obtain a Service Request number. Contact Christine Mitchell if there is no action.

Christine thanked the committee for their hard work and for keeping her ‘in the loop’.

Speed limit on beach — 30kph. How do we make our beach stay safe? Christine agreed it was difficult to ‘police’. Waitarere had a patrol, but as that is not available at Waikawa, it can only be the goodwill of those vehicle/bike riders to adhere to the limit. Whilst it could be possible to have a police presence to enforce the 30kph, that could also create the possibility of vehicles having to be registered/wof’ed and riders having to wear helmets, so really a matter of compromise.

Horizons — the question was asked why do they issue a separate rates notice. Christine explained that Horizons are a separate entity and now nothing to do with the Horowhenua District Council — hence two different rates notices.

There was a suggestion that a motion from the attendees at the AGM opposing the water/sewage proposal be put to Council. An alternative was to send an email to all the Waikawa community to get their views and then submit these to Council as soon as possible. There are March/April deadlines around submissions for Long Term Planning both with Horowhenua District Council and Horizons.This could be actioned ASP by the new committee.

There being no further business, the meeting closed at 4.15pm followed by refreshments.

Note: Laurie Stephenson has since withdrawn from the Committee for personal reasons.