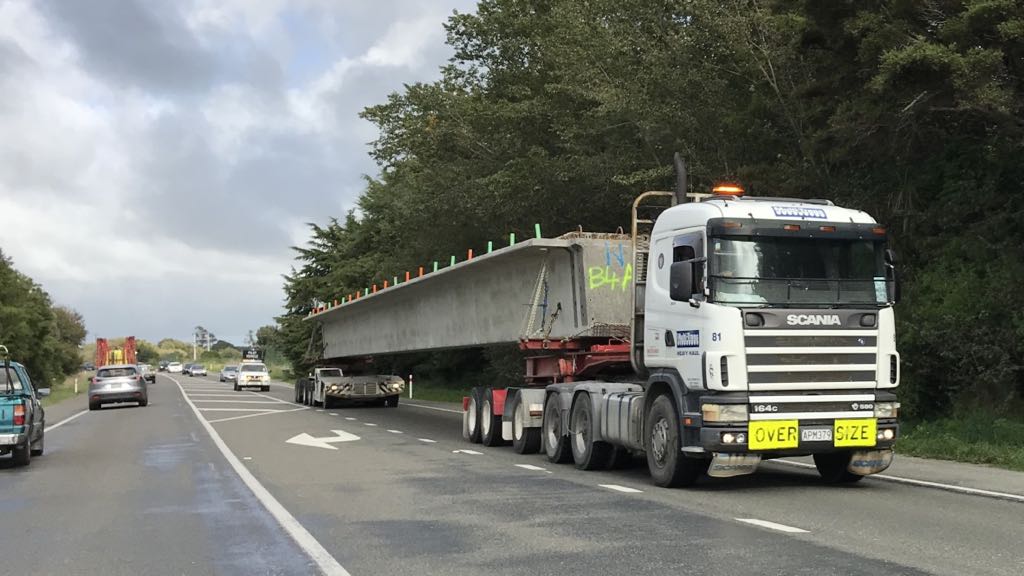 If you’re frustrated by the high volume of traffic between Waikawa Beach and either Levin or Ōtaki, and concerned about your safety between here and Levin then you’ll be interested in what’s happening about the Expressway. Unfortunately, things won’t be resolved soon:

The future of a proposed expressway between Ōtaki and Levin, north of Wellington, appears more uncertain … Residents … had been told a final route would be chosen by June.

Driving along SH1 between here and Levin is inevitably an experience. There are stretches where pedestrians or cyclists are on the side of the road, some slow farm vehicle is hugging the shoulder, huge trucks are coming in the opposite direction and people who can’t wait a millisecond are overtaking in spite of yellow lines. A couple of weeks ago I almost hit what I later realised was a pig crossing the road in front of me at 9 pm.

Since 2013, there have been 11 deaths and 43 serious injuries along the sections of SH1 and SH57, which the expressway would replace as the main route through the area.

In March, former coroner Philip Comber said that, over the past 25 years, the roads had become “a killing field marked like a battlefield with white crosses”.

That’s hardly surprising given the mix of traffic using the road. And with the road and bridge construction both north and south of us we also see high volumes of trucks carrying enormous machinery, concrete structures and building supplies.

… uncertainty has swirled around the project since April when the Government announced new priorities for land transport.

It proposed taking money away from the previous Government’s Roads of National Significance projects … to focus on rail projects and road safety.

Imagine if we could drive to Manakau, somehow easily cross SH1 and then take any one of numerous and inexpensive trains or buses to our destination of choice, day or night, weekday or weekend, as though we were living in Europe. But without the millions of people who also live in Europe. And that’s a public transport problem: New Zealand simply doesn’t have the population density of Europe.

To see crash statistics along ‘our’ stretch of SH1 look at the NZ Transport Agency manages the Crash Analysis System, an interactive map that allows you to filter out crashes by severity. I counted 21 fatal accidents on SH1 between the Ōtaki roundabout and Hokio Beach Road between 2001 and now. That doesn’t include crashes on side roads. Note: you have to zoom in sufficiently to see the data.

It’s pleasing to see no fatal, or even serious crashes between the village and Ketemaringi Place, though there have been a number of minor crashes along Waikawa Beach Road.

In fact, yesterday neither a fence nor the car that crashed through it did very well out of the encounter.