Fibre Internet is being rolled out to the village (only). Unfortunately the Emma Drive and Strathnaver areas miss out. 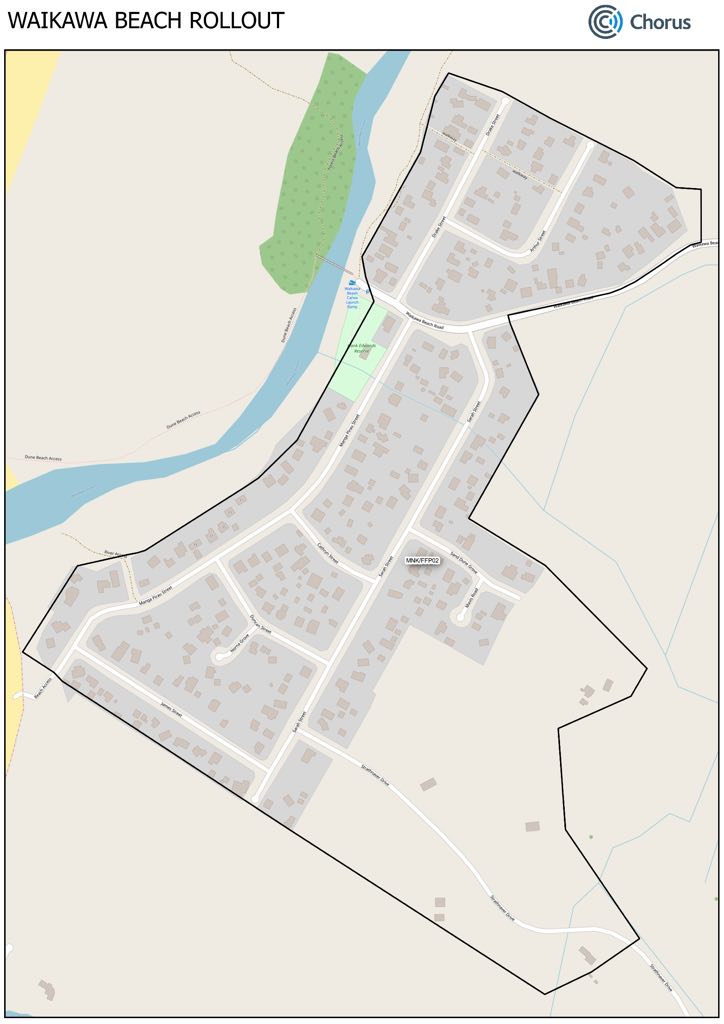 Work is about to start in the village to bring fibre for Internet.

Note that fibre is only available for part of our community: those in the village itself. Areas like Walkers Lane and Emma Drive aren’t included, nor is the area beyond around number 48 Strathnaver Drive.

We have already queried why some parts of our community are being left out and have tried to push for them to be included. It seems it’s to do with what the Government has specified for the rollout, and rural areas aren’t included at this time. It quickly became clear that any change would require a monumental effort beyond our resources.

According to Visionstream who are in charge of the work:

The team are currently tidying up over in Hokio Beach and are due to start in the next few weeks [October or November 2018]. The work will involve some digging and drilling for the ducts that will carry the fibre optic cable under the berms all around the village.

One thought on “Fibre Internet for parts of Waikawa Beach”