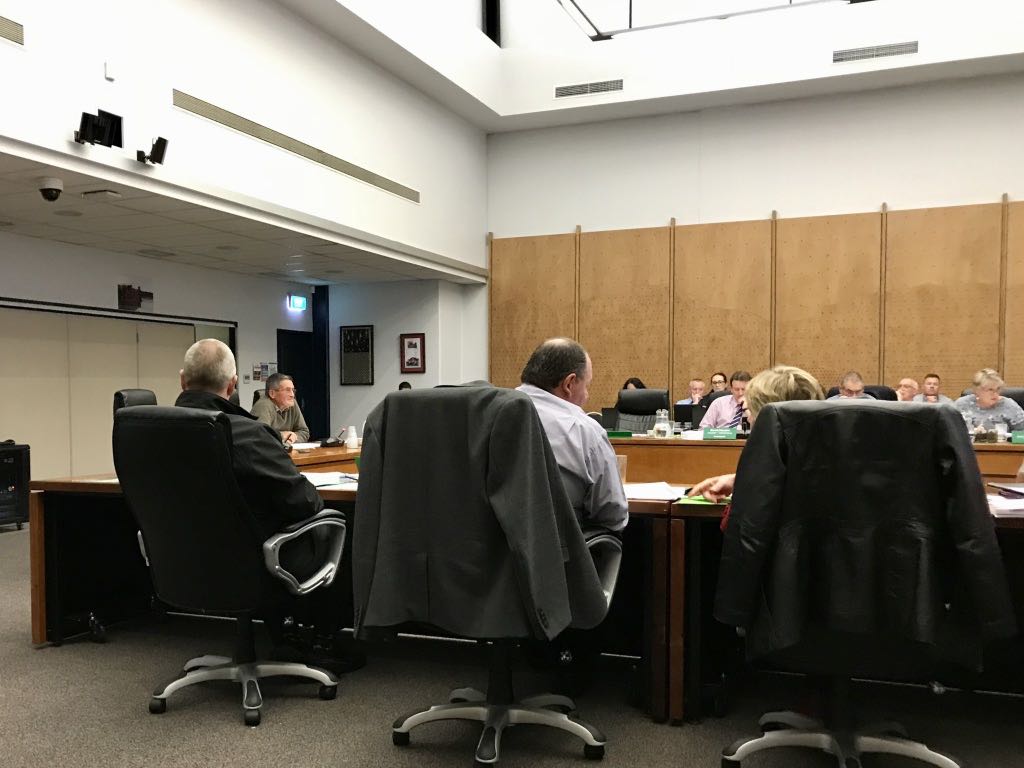 Some Waikawa Beach ratepayers presented oral feedback on the Draft Long-term Plan to the Council on the evening of Wednesday, 02 May 2018. Others gave their feedback at other times.

The Council had provided their Draft responses to submissions to the individual submitters.

It was interesting that in the evening presentations person after person spoke clearly against the planned infrastructure, and mentioned the problems with coastal erosion. In fact, at one point proceedings stopped briefly when coastal erosion was the topic. It seems something had ‘hit a nerve’. It’s likely the Council will now pick up on coastal erosion matters more seriously.

If you’d like to read the 244 submissions the Council received, they’re available in batches as PDFs from the 02 May 2018 Meeting Agenda page, along with a Table of Contents and a Hearing Schedule. They make for very interesting reading.

Because they may become hard to find, we’ve also uploaded them here. Most of these files are quite big (for poor internet connections or cell data). Be cautious before downloading them if you have data concerns or slow Internet.

Watch a recorded video of HDC – Hearing of Submissions Draft Long Term Plan 2018-2038 – 2 May 2018 Video 4. John Hewitson, Chair of the Association, started his presentation in Video 3, starting at 2 hours 54 minutes (6 minutes before the end). His presentation finishes in Video 4.

Update, 04 May 2018: after looking through all 244 submissions it seems 67 were specifically from or about Waikawa Beach. Without doing an actual close analysis it’s clear that at least 98% were saying No to the suggested provisions of water and sewage infrastructure and to the suggestion of deliberately growing Waikawa Beach.

Many submissions from people in other settlements also rejected the suggested infrastructure. Many of the 244 submissions mentioned the Council should be encouraging self-sufficiency and resilience by encouraging rainwater tanks and septic systems, as well as alternative systems such as composting toilets.

Many of the 244 submissions mentioned climate change and coastal erosion as things the Council should be taking into account and dealing with. Many mentioned the Council’s debt and proposed rates increases.