Potentially toxic algae levels are being monitored in the Waikawa River by the footbridge. Keep an eye on the official results, but learn too what to look for and avoid as results often only appear a few days later and things can change quickly. 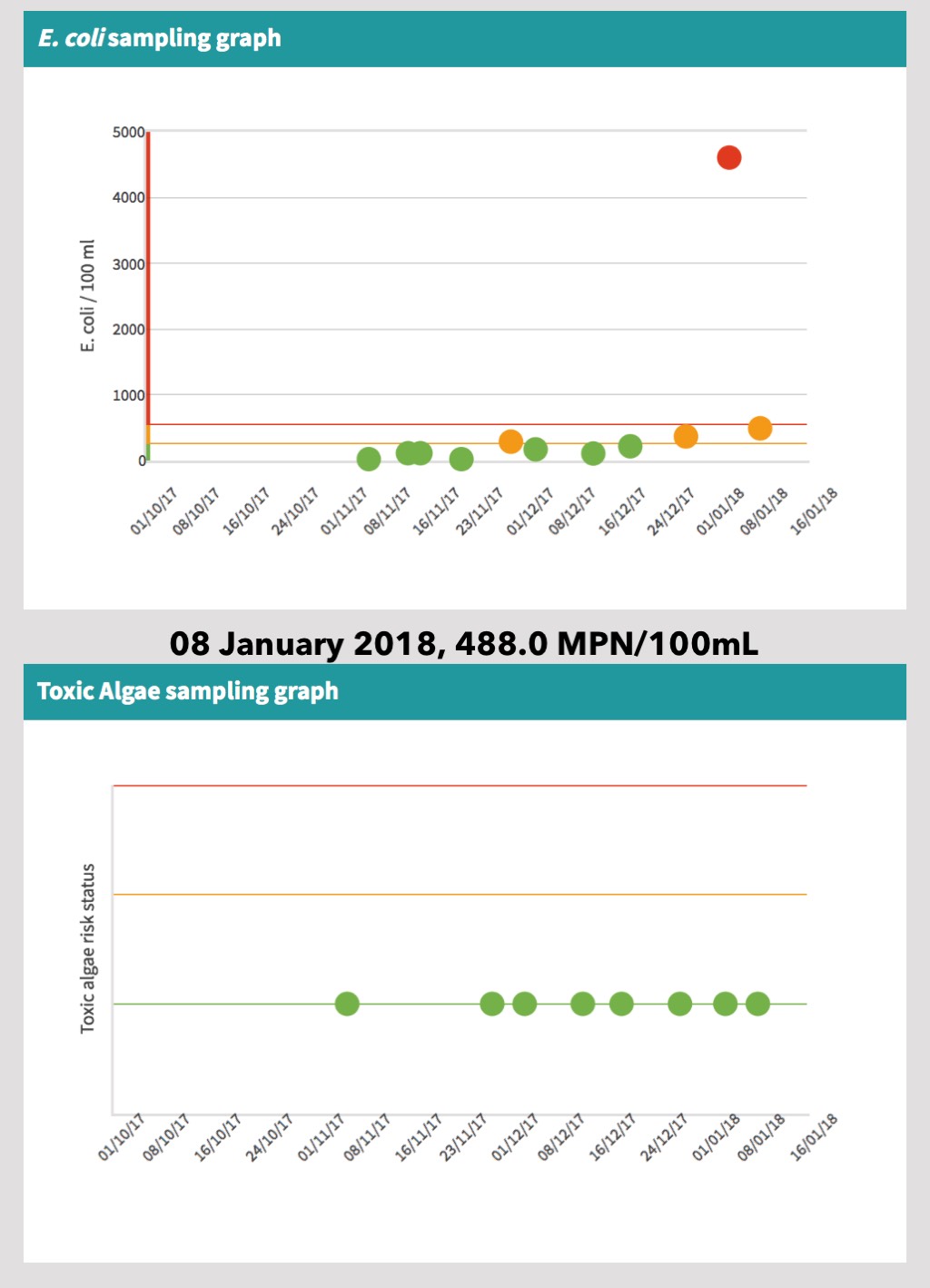 According to the NZ Herald on 10 January 2018 our river is currently potentially toxic — Lethal bacteria Cyanobacteria infects Horowhenua waterways:

Cyanobacteria warnings have been issued at many of Horowhenua’s major swimming spots.

The warnings were issued by MidCentral District Health Board on December 20 [2017] and still haven’t been lifted. Horizons Regional Council’s swim spot testing show Cyanobacteria present in the Ohau River at Gladstone, Kimberly Reserve or SH1, Wairarawa Stream at Waitarere Beach and Waikawa Estuary at Footbridge Rd.

Now, that’s definitely something we should know about and take appropriate measures.

The only thing is, the original release from MidCentral Health doesn’t mention us at all!

Not only does the original release as visible on the web page not mention us, but the Horizons monitoring report shows us as all green for Cyanobacteria this season.

So it seems we don’t need to worry just now.

We should be alert though, because the Cyanobacteria can kill children and dogs:

Warnings to steer clear from swimming at these spots include not allowing your dog to swim there as Cyanobacteria are toxic but can even be deadly if it’s ingested. …

Environment Canterbury Regional Council … warns that not all cyanobacterial blooms are visible, and toxins can remain after visible blooms disappear.

Symptoms of the poisoning in dogs include panting, lethargy, muscle tremors, twitching and convulsions.

These symptoms usually occur within 30 minutes, and can be fatal.

The website says toxic algae mats produce a nasty neurotoxin that effects the nervous system, as little as one table spoon if ingested can kill a small child or dog.

Want to know more about the toxic algae? Read this: What is potentially toxic algae?. You should read the whole thing, but this part struck me:

In rivers (and occasionally lakes), potentially toxic algae generally form brown or black mats that grow on rocks in the river bed (also called benthic). Mats that come loose from the riverbed can wash up on the banks or form floating ‘rafts’ in shallow areas. When exposed, the mats may dry out and turn a light brown or white colour and may also produce a strong musty odour.