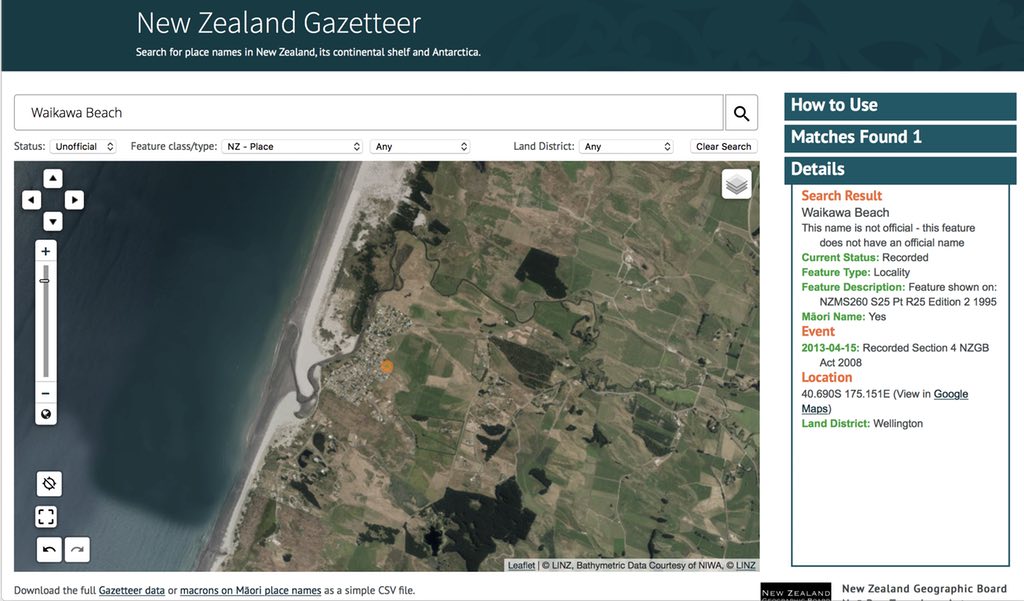 Following recent news that Levin (Taitoko) isn’t an official name I wondered about Waikawa Beach. It turns out our name isn’t official either:

To find out more about official and recorded names I consulted the Help pages:

Place names tell us where we are. They are important signposts of modern, historical and cultural influences and values of the people that gave them. …

Official names are assigned, altered, approved, discontinued, adopted, concurred with or validated by the [New Zealand Geographic Board] or other legislation, such as Treaty of Waitangi settlements, and are listed in the New Zealand Gazetteer. …

Recorded names are names that have appeared in at least two publicly available authoritative publications or databases. They are unofficial because they have not been assigned, altered, discontinued, approved, adopted, concurred with or validated by the NZGB. Many of the place names recorded on official maps and charts are outside the NZGB’s jurisdiction, such as homesteads, roads, streets, tracks and lighthouses. Other recorded names, like Wellington, were in common use before the creation of the NZGB, so they haven’t been dealt with by the NZGB to become official names.