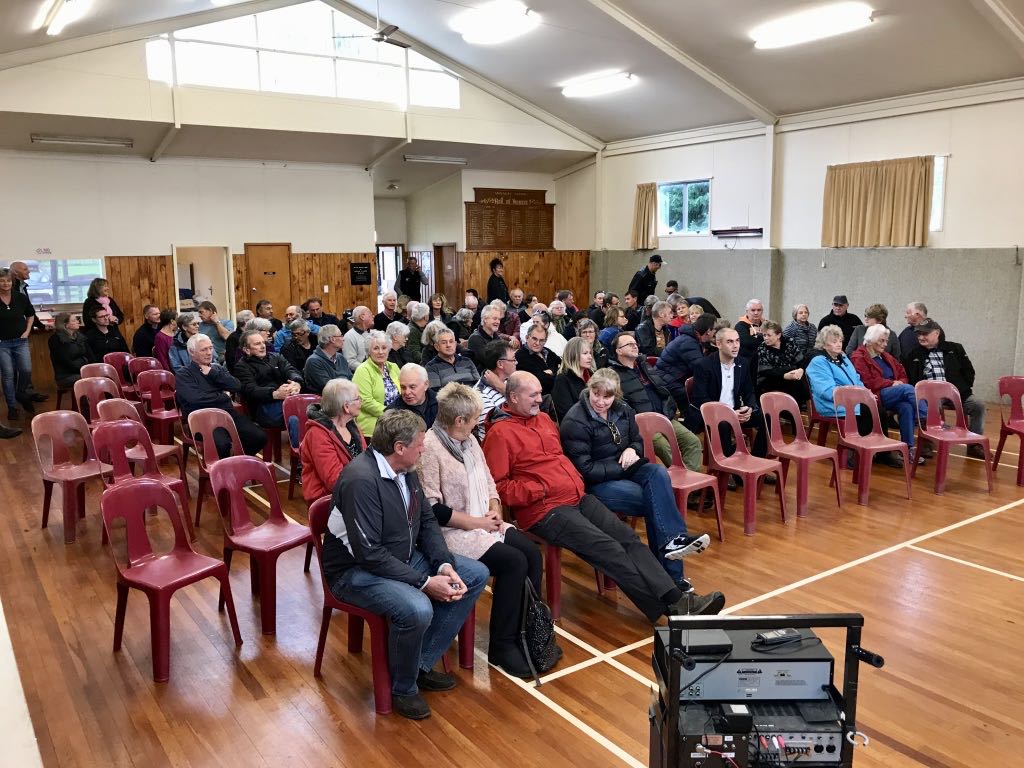 A couple of minutes before the Public Meeting about beach access, about two thirds of the final 110 or so attendees had arrived. The meeting was held in Manakau Hall on Saturday, 19 May 2018 at 2 pm and went on till 3.30 pm.

The meeting was opened and closed by John Hewitson, Chair of the Waikawa Beach Ratepayers Association, and the Facilitator was Harley Thorpe. The meeting was also recorded on audio (85 MB, MP3).

What follows are the personal notes taken by Miraz Jordan, WBRA Committee member.

If you believe something in the notes is incorrect, please let us know. If you want to discuss what someone said at the meeting, please add your comment below.

The meeting was followed by a cup of tea and a biscuit.