These signs warning against eating shellfish have appeared at Waikawa Beach in the last couple of days. 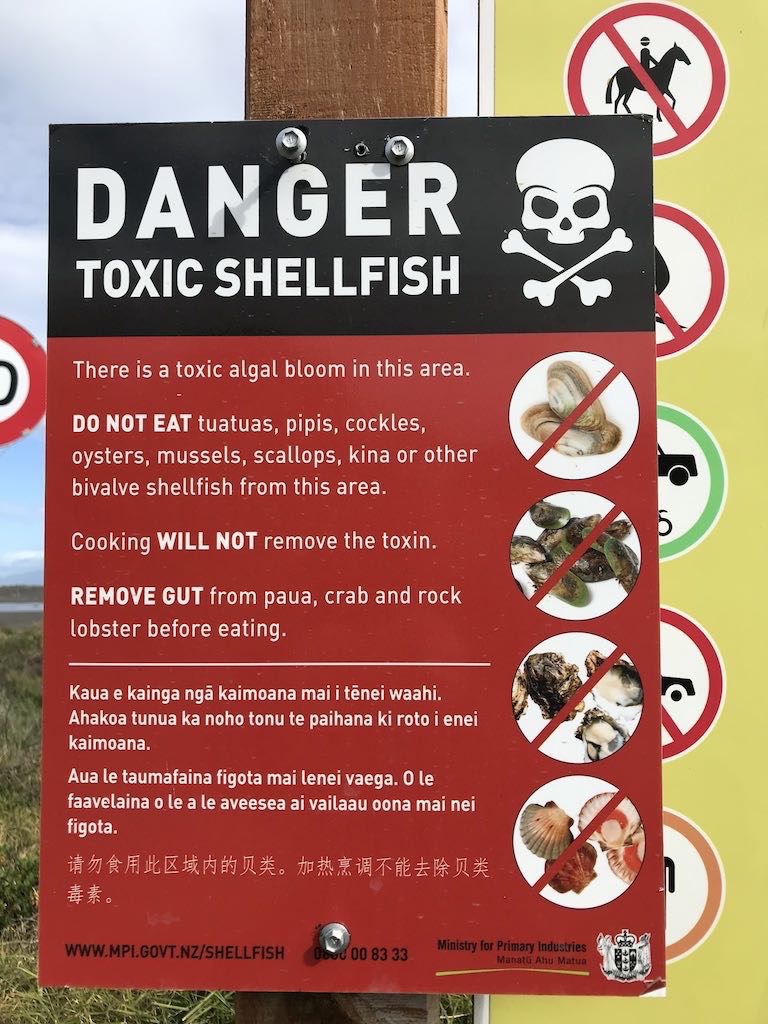 The signs have been put up by the Ministry for Primary Industries (MPI), though the web address shown on the bottom of the signs only leads to an error page. The correct link is shown below. 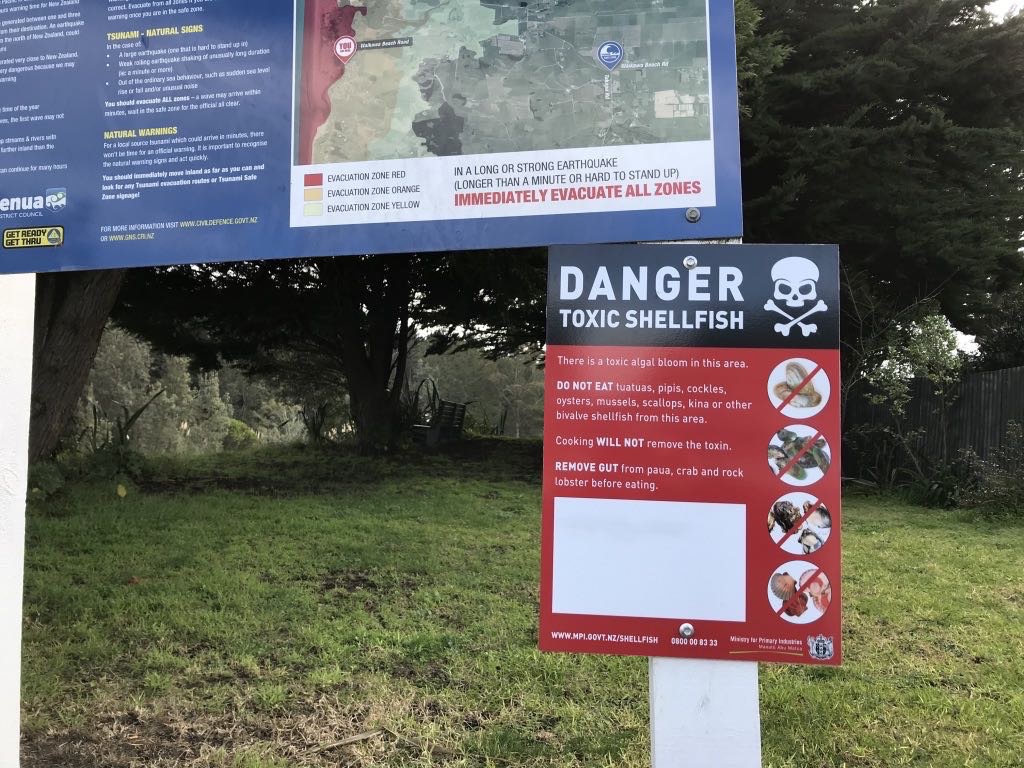 The Ministry for Primary Industries (MPI) today extended the public health warning against collecting shellfish on the west coast of the North Island in the Taranaki, Waikato, Wanganui, Manawatu, and Horowhenua regions. The warning now extends from the mouth of Port Waikato southward to Te Horo Beach in the Wellington region.

Routine tests on shellfish samples taken from this region have shown levels of Paralytic Shellfish Poisoning (PSP) toxins above the safe limit of 0.8 mg/kg set by MPI. Anyone eating shellfish from this area is potentially at risk of illness.

Mussels, oysters, tuatua, pipi, toheroa, cockles, scallops, catseyes, kina (sea urchin) and all other bivalve shellfish should not be eaten.

Note: cooking shellfish does not remove the toxin.

Pāua, crab and crayfish may still be eaten if the gut has been completely removed prior to cooking, as toxins accumulate in the gut. If the gut is not removed its contents could contaminate the meat during the cooking process.

Symptoms typically appear between 10 minutes and 3 hours after ingestion and may include: