Public meeting about Waikawa Beach erosion: Saturday 08 June 2019 at 10 am at the Manakau Hall.

Read the report in summary and in full at waikawabeach.org.nz/2019/tonkin-and-taylor-beach-erosion-report-public-meeting.

Options for action include:

Any work is liable to add to our rates bills.

Please read the information available and prepare your questions. Discuss the report with friends and neighbours, and tell them about the public meeting which is open to all interested people. I hope we’ll see you there. 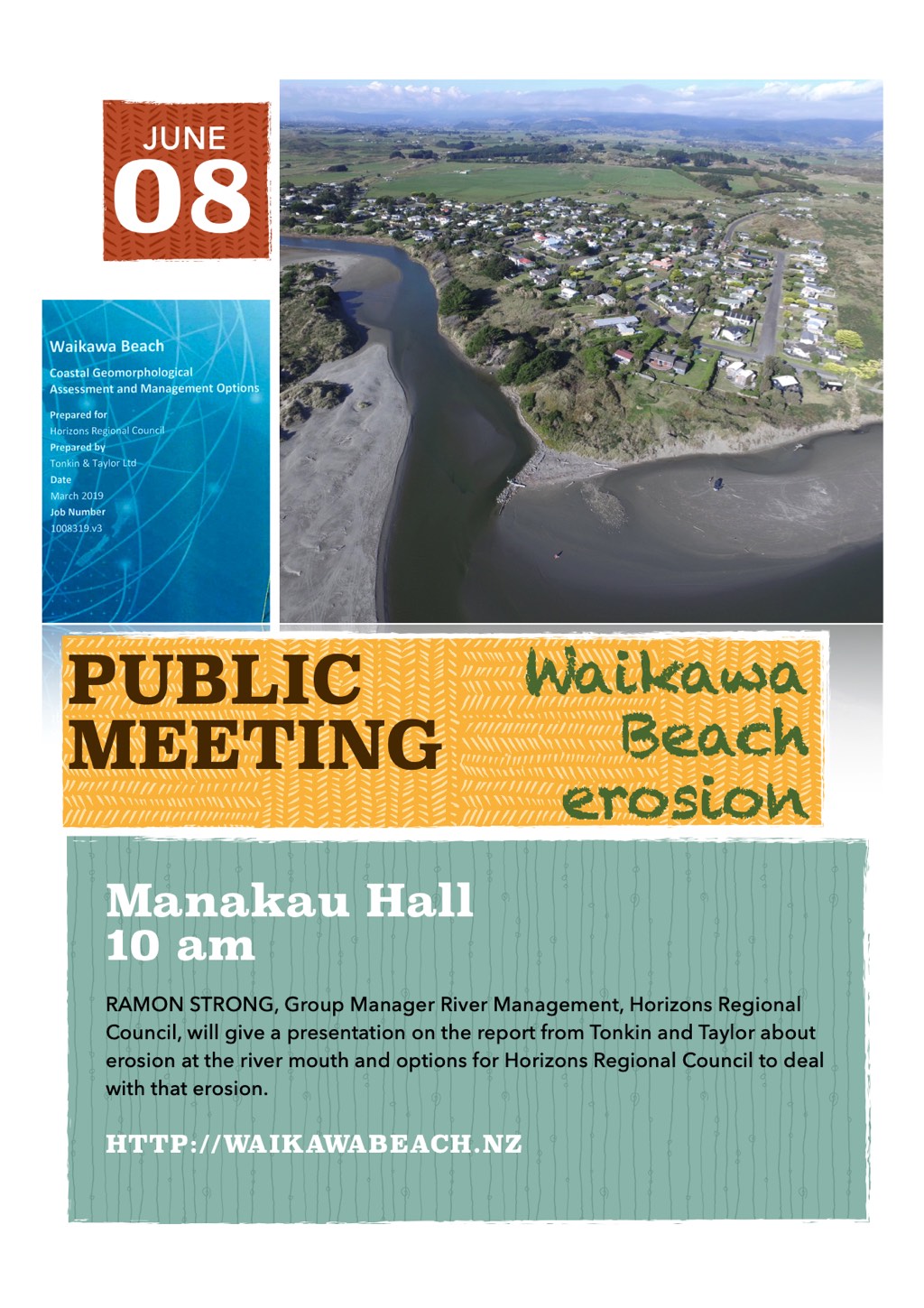 One thought on “Public meeting about Waikawa Beach erosion: 08 June 2019”