A Bit of History

“Did you know that the late Bob Semple, Minister of Public works, made his weekend hideaway at Waikawa.

His first permanent campsite was located adjacent to the east end of the bridge (the old one of course) and included a bus body, timber frames over which Railways! tarpaulins were stretched and there was a grand fireplace of corrugated iron.

Bob tried his hand at beautification of the road verge from his house down to Blue Skies gate by having the P.W.D. truck in and plant full grown pohutakawas. This exercise failed as is obvious, they died.

One always knew when Bob and Annie were going to spend the weekend at the beach. Sometime Friday the P.W.D. road grader would smooth the gravel surface from the end of the tarseal at Takapu Rd to the beach. Later the big black Chrysler Windsor would arrive with the family. The car would return empty only to return on Sunday night to take the family back to Wellington.

Bob loved the wilderness area as did his family. He also reveled in his sport of shooting both ducks and rabbits and was always on the look out for sambar deer. There are unconfirmed reports of “big” (very big) bags of game returning to the House for distribution.

It is said that he also had the then agent for Caterpillar demonstrate the new fangled dozer at Waikawa to the P.W.D. and assembled guests, building a giant dam across the river opposite Cathryn St, and cut a new mouth to the sea at that point. This happened in 1944/45 when the river ran in a straight track from the bridge to the Wairongomai stream.

When Bob finally retired from politics he did so to Otaki and so ended an Hon. Era.” 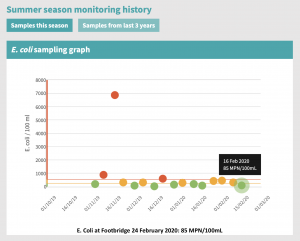